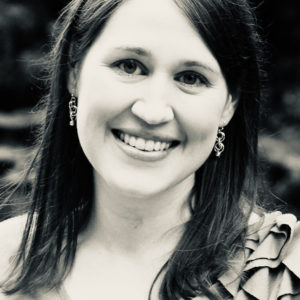 I was blessed to be raised in a Christian family with parents who loved the Lord and desired to see their family serve Him in every area of life. From before I was even born, my parents faithfully took me to church and consistently taught us about God at home. As a result of the Godly influences in my life, I received Christ as my Savior at a very early age. I was 4, and I remember sitting in a church service one Sunday night listening to the message. I had heard invitations given countless times; yet this time, I was aware of my sin and need of forgiveness. While at my young age, there were many things I had yet to understand and comprehend about Christianity, I knew with certainty that Christ died for my sins so that I could be forgiven. When we returned home from church that night, I spoke with my parents and asked a few more questions. I then knelt at my bed and confessed my sinfulness and asked Christ to forgive me and save me.

Since I regularly attended church and came from a Christian family, I knew what was expected as a Christian. Even at a young  age, I read my Bible, faithfully memorized my Sunday School verses, and tithed and gave to missions each week with my allowance. However, as I grew older, I placed more and more pride in myself and how “good” of a Christian I was, so much so that by the time I was in middle school, I sat through messages at camp thinking of those people in my life who really needed to hear them, since it clearly wasn’t me. From the outside, I was the good Christian girl that many parents secretly wished their kid was more like. The truth was, I had left my first love. I had become so consumed with making sure I looked right, that my heart was far from right with God. Pride and vanity were overwhelming in my life.

When I entered the 7th grade, I moved into our church’s youth group. It was then that the blinders began falling from my eyes, and I began to realize that, spiritually, I was far from where I needed to be. I began to try and clean up my own life by confessing a sin here and there to appease the conviction that I was feeling, but to no avail. I struggled for several months trying to fix my relationship with God my way. I went with our youth group on a winter retreat and throughout the series of messages, I became broken and began allowing God to show me the errors of my ways. I realized that  even in my efforts to right my relationship with God, I had been exhibiting pride in thinking that I could do it my own way. The final night of the retreat, I will never forget going to my room and weeping before the Lord as I gave up control and allowed the Lord to show me the sin in my life and how it was only through Him that I would be able to overcome the sin in my life and live a fruitful Christian walk.

That weekend was a turning point in my life as I began to develop a deeper walk with Christ. For the first time in a very long time, I was spending time with Christ, serving, and giving out of love that stemmed from my relationship with God instead of out of a sense of duty. I began to experience Christian growth and at the same time began to feel God calling me to surrender to missions. My parents had instilled in me a love for missions, and I had always been fascinated with each missionary family that came through our church. However, visions of countries where I would never want to live instantly flooded my mind. I was perfectly ok surrendering to missions if I could pick the country. It was during that time that I knew the Lord was calling me to a place of complete surrender. I knew I was saved and that my life was not my own, but I feebly tried to hold my dreams in clasped hands. Surely, God didn’t want me to give up everything I longed for. I began giving the Lord the pieces of my life that I was comfortable giving, but held onto the dreams and goals that were dearest. This continued for several weeks. In June of 2002, I attended a summer camp with my youth group. At this point, I knew God wanted complete surrender of every area of my life, but I was so scared to let go. Throughout the week, the Lord worked in my heart. On the wall in the chapel was the verse “Having done all, stand.” On the final night, we heard a testimony of a girl who had died at a young age but left a lasting impact for Christ. I knew that if I died then, I would not have left a testimony that said I had done all I could  for Christ. I can’t honestly remember what the message was about as I was at my breaking point. That night, I surrendered my life to whatever God would call me to. I fully surrendered to the call of missions wherever that would lead me, and I gave complete control of my life to Christ. I will never forget that moment of my life; I went from being so scared of what God was asking of me to complete relief and rest in Him.

That fall during our missions conference at church, the Lord confirmed to me that foreign missions was where He was calling me, and I began to pursue paths that would lead me to that goal. In my middle and high school years, I had the opportunity to visit Jamaica twice on missions trips, and Thailand as well. In addition to overseas trips, I attended a missions camp in Colorado and served in various neighborhood ministries of my home church. While in college, I had the privilege of going to the Ivory Coast with a group from my home church. While I knew the Lord was not calling me specifically to each of these fields, He used each trip to deepen my burden for the lost and strengthen my desire for missions.